Google’s Google Now, Microsoft’s Cortana, Apple’s Siri, and Amazon’s Alexa – well, there’s no shortage of personal assistants in the digital world these days. With advancements in technology, this list is likely to grow in the coming years. Out of the four apps that we have right now, Siri, which is way ahead of the pack, cannot be used on Android devices. Google Now and Cortana seem to be battling it out for the position of the best virtual assistant in android devices.

Cyanogen, the company that developed Cyanogenmod, which is a custom ROM aimed at delivering a similar experience as that of the Stock ROM for Android Smartphone, had partnered with Microsoft for bringing Cortana to their platform. With the shutting down of Cyanogenmod, LineageOS has taken its place. 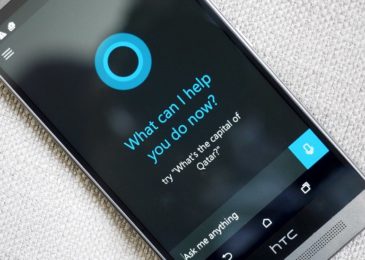 The latest update of Cortana allows android users to replace Google Now and make it the default assistant on their devices. If you want to use Cortana instead of Google Now, it’s very simple and takes only a minute or two. Here’s how you can go about it:

The first step is to download the Cortana app from Google Play Store. If your phone already has Cortana installed, then get its latest update.

There are several ways to carry out this step. The simplest method is to long-press the Home button on your Android device to initiate Google voice search. Your device will ask whether you want to use Cortana or Google Now. To use Cortana, Select Cortana and then “Always”. This approach, however, may not work for everyone.

The third approach to setting Cortana as the default assistant is to go to “Settings”, then “Apps,” then tap the cogwheel icon located at the top right, then select “Assist & voice input,” and change the “Assist app” to Cortana.

How To Use Cortana On Android

Since Cortana does not support hands-free usage, you need to manually call it up. Once the app opens, just go through the welcome wizard, assign yourself a nickname, and log into a Microsoft account. Now you can start using the service.

What Cortana Can Do?

Although Cortana does not support hands-free operation and integration with Google, it can do the following tasks:

If you are bored with Google Now and want to use a different Voice Assistant, Cortana is certainly worth a try. It has a sleek appearance and performs many helpful tasks. However, keep in mind that you can’t expect Cortana to have the same integration Google Now has with Android.