You may wonder; How safe is my money? The answer’s actually quite simple: neither PayPal nor credit card payments are. As soon you provide your payment details, the service has gathered some form of data about you. To remain completely anonymous on the web and view content without censorship, you will need a VPN.

Who knows what they do with your data once you pay by credit card? Circumvent this possibility with utmost privacy and choose a Bitcoin Payment. We’ve created a list of the current best VPN Bitcoin payments available. You will see why Mysterium Network has made it to the very top of the list.

Mysterium Network is run by NetSys Inc in Switzerland. It’s important to know the blockchain-based service has its headquarters there since Switzerland has the tightest data protection laws in the world. They are quite different from other VPNs since their nodes are completely decentralized. That means you only pay for the time and data you actually use on the internet.

Contrary to all other services it runs via nodes (aka computers of someone else who volunteers). Usually, VPNs offer their services via servers they’re maintaining in several countries of the world, and this one offers you a larger choice from where you’d like to log in to move your virtual location. Their app is fairly easy to set up and use while it provides you with the highest levels of privacy and anonymity there are. If you’re only looking for a VPN to unlock more streaming content, this VPN service certainly is for you. 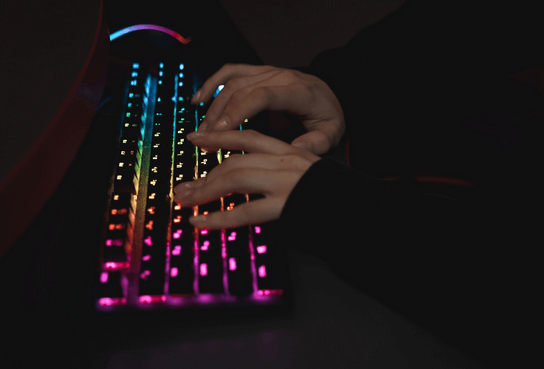 This VPN Bitcoin service has been one of the pioneers among their competitors in regards to Bitcoin payments. They actually were the first who offered this anonymous payment method. PIA’s service is run by 25224 servers spread across 98 different locations. That’d be a lot of locations and different IP addresses to choose from. They neither log your data, offer one of the best connection encryptions, and don’t slow down your bandwidth. Unfortunately, they’re based in the US which is not the best location in terms of data protection laws. Accessing libraries like Netflix in other countries isn’t well supported by them either.

Surfshark has a relatively young VPN Bitcoin service that’s rather cheap. For very little funds you can run their VPN on as many devices as you desire with 256-bit encryption. Its app is very easy to use. Surfshark allows unlocking libraries in different Netflix regions and many other streaming services. Most importantly is also their zero-logging policy providing a fantastic level of privacy measures. On the downside, it’s been reported that Surfshark’s speeds are inconsistent and its customer service could probably use a brush-up. If it comes to VPN Bitcoin payments, they accept Bitcoin, Ripple, Tron, Litecoin, Beam, Bitcoin Cash, and Ethereum.

Cyber Ghost’s VPN Bitcoin service runs via 6847 servers that are situated in about 90 countries. So there’s plenty of locations to choose from to change your Netflix region or access the libraries of other streaming services. Thankfully, their connection is always fast and they don’t log any of your data ever. If any authority came up to them one day requesting information about you, they couldn’t provide it. However, Cyber Ghost doesn’t work for all countries, such as China. They do offer a generous 45-day money-back guarantee which you may want to take advantage of. The setup of their app appears pretty complicated. Moreover, Cyber Ghost’s parent company has a questionable reputation.

Nord VPN has been one of the big players in the VPN world for a while and accepts VPN Bitcoin payments. Apart from the usual currencies such as Bitcoin, Bitcoin Cash, Ethereum, Litecoin, and Ripple they also accept Tron, BTT, Dash, Zcash as well as the super stealth-safe Monero. Their robust VPN Bitcoin service runs via 5,000 servers in only 59 countries, but it’s always 256-bit encrypted with a zero-logging policy. But they keep on expanding their network while maintaining great speeds. Their huge advantage is that you can benefit from several VPN connections that others don’t offer. Among those are double VPN connections and Tor via VPN. While there’s a lot of pros especially with their easy-to-use app, they’re a bit on the pricier side.

Express VPN may only be run via about 3,000 servers, but those are located in 148 locations across 94 countries. Like the other VPN Bitcoin servers that have made it onto this list, they have a strict no-logging policy. You can change your Netflix region with Express VPN and its easy peasy app with a snap of the finger. Who loves to stream a lot of content will want to know that Express VPN’s connection is not only fast but also consistent. Should you ever have a question, their amazing customer service will be there for you at all times. On the downside, Express VPN isn’t exactly one of the cheapest VPN Bitcoin services. On top of traditional payment methods, they only accept Bitcoin.

One thing to keep in mind is that there is no wrong or right answer when it comes to VPNs. Some of the bigger services are legit and can benefit you in some way or another. Just make sure to do your due research to get the best value for your buck.