While chatting is the most important part of almost each and every soul on earth, the chatting trends have been shifting from one type to another. It has shifted from SMS to Android application texting since past few years. With time, several apps were introduced in android for chatting throughout the world for free. But one among all such apps stands out even today and is most appreciated by all– Whatsapp. 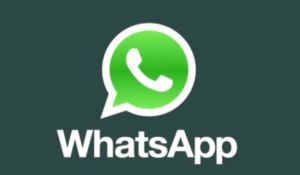 Whatsapp is the biggest messaging unit with more than 450 million users actively communicating through this app. This was the first messaging app in the history of android application which was able to attract customers worldwide towards it. Its simplicity and constant good response and stability were the major reason for its success.

Reason for its immense popularity

Just like facebook, it has became a very basic requirement for every individual, small or large scale companies and industries to be an active member of Whatsapp to build more contacts and grow faster.

One important reason for people to download Whatsapp nowadays is- majority of people exist at Whatsapp, hence the rest of the population has to adapt to Whatsapp to have continuous and constant means of communication with them.

Facebook acquired Whatsapp at the cost of $19 billion which is less compared to the real worth of this app. However, this change showed no alteration among Whatsapp users and Whatsapp itself. People are hoping for more remarkable and surprising features to be implemented in coming future.