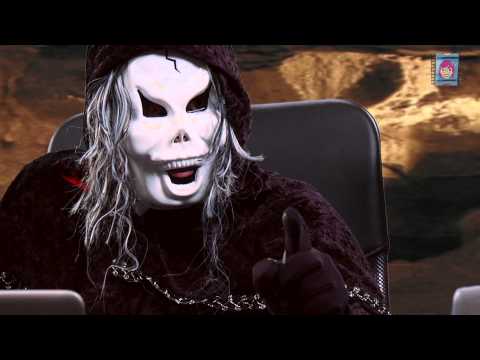 While the past one year witnessed repeated attacks made upon both individuals as well as corporate users with the help of these tools in an attempt to steal precious data from their systems, the coming year doesn’t seem to lag behind in terms of its share of digital threats. According to Myla Pilao, Trend Micro’s director for core technology marketing, it will be even more difficult for users to protect their data and manage their devices’ security in 2013; and rightfully so since the hacking crew of the digital realm will be on a constant lookout for security loopholes, especially provided the increasing trend of the use of smartphones and tablets amongst users both at home and in the workplace. Join us as we go through the predicted digital threats that users need to be wary of in 2013.

The Rise of Malicious Android Apps

The amount of high-risk Android apps that seem to be growing in number with every passing minute has been forecasted by Trend Micro to skyrocket to a ridiculous high of one million, increasing three folds from a mere total of 350,000 around the end of 2012. This immense growth in malicious Android apps is bound to follow the growing user base of the operating system itself which is expected to dominate the mobile market much in the same way as Microsoft did for computers. However, not only are these harmful apps bound to increase in number, they are also expected to become highly sophisticated compared to their earlier precedents. Users should better prepare themselves for a tech war between security providers and Android attackers as they indulge in attempts to outdo each other.

Windows 8 to witness an increase in attacks

Windows 8 is expected to be a hot target for hack attempts and other such nasty activities despite its several measures to up the security of consumers. According to the Huffington Post, McAfee has reported that hackers will find a way to even infiltrate the increased security of Windows 8, largely making use of phising and other such malicious tools to extract personal information from innocent users or to install programs on vulnerable systems. It is therefore advised that users tighten the security on their Windows 8 devices by resorting to the use of reliable anti-virus software.

Cloud services are expected to witness abusive usage by cyber criminals who find this platform all the more attractive owing to the fact that both individuals and businesses are increasingly making use of services of this nature. 2013 will see a rise in the illegal use of cloud services as cyber criminals continue to use services like Dropbox and Google Docs as drop zones for data collected from their exfiltration expeditions and so forth.

With our lifestyles becoming increasingly digitally dependant altogether, cyber criminals may also set out to explore areas which have remained untouched till now. We should thus be prepared to face and resolve problems that might occur with digital devices that we never earlier imagined to be under threat. For instance, HD TVs running any OS might not be designed keeping security as a priority and therefore will be subjected to the risk of being attacked owing to the vulnerability of the OS. It would also be difficult to resolve such problems immediately since TV manufacturers might not be as capable as those of other devices like computers, smartphones or tablets, and would take much longer to fix security holes.

2013 is to witness more than just a normal spurt in the adoption of smartphones and tablets, drawing more and more users deep into the vast digital realm. The adoption of more than one device by a single user means that users would be making use of more than just one platform at the same time, thus exposing themselves to vulnerabilities specific to more than just one OS. Also, an increasing use of tablets and smartphones also means that users would be making use of apps rather than traditional browsers; therefore it would be much more challenging to curtail security and privacy issues.

It has not been uncommon in the past for governments and states to sponsor cyber attacks in order to infiltrate the highly confidential networks of their political enemies. However, such cyber wars are expected to become much more sophisticated and therefore have much more damaging consequences in 2013 as advancing technology will be increasingly adopted for such political maneuvers in an attempt to extract, destroy or modify data, or even physically damage the infrastructure of a rival country.

Corporation to suffer at the hands of “Big-Scale” attacks

While the hactivist group Anonymous was seen to take down numerous websites of major corporations in 2012, they are not the only ones out there who pose a threat to businesses. According to McAfee, corporate attacks are expected to only increase in 2013 as more and more hackers turn to this charade especially owing to the large monetary value associated with confidential corporate data. The fact that it seems quite an easy task for hackers to infiltrate corporate networks further adds to the disturbing nature of the news.

Since 2012 was such a great hit in terms of data theft with around 174 million reported cases of compromised data, the stealthy hackers are unlikely to let the data breach frenzy die out so quickly. Even the security measures adopted by corporations of moving their data from on-premise servers to the cloud cannot save them from being hit by the data theft rampage that these hackers are out on.

Hackers are already using malicious content of all kinds to infect the systems of users. Any developments in this regard in the upcoming year are only expected to occur in terms of the deployment of malware and other such content. Focus will move from using different tools for carrying out attacks to devising clever ways of infiltrating systems without being detected. Cyber criminals are likely to form collaborations in order to design sophisticated attacks that would allow them to surpass security processes without arousing as much as the tiniest bit of suspicion.

Africa to serve as a safe haven for Cyber Criminals

Being the home of the popular 419 scam, Africa is likely to serve as a refuge for cyber criminals fleeing from the stricter enforcement laws and prosecution in their home countries. These cyber criminals are likely to join their counterparts located in African countries provided the high progress rate at which the continent’s Internet infrastructure is improving. Weak law enforcement in certain African regions makes it the perfect home for cyber criminals, especially when their activities are not really detrimental to the local economy, residents and organizations.