Have you played games on your PC before? Well, I’m aware of that many of you have already done and you know the capacity of your Windows PC, which is magnificent. Do you have an entry smartphone which does not support latest Android games like Asphalt 8 Airborne, NFS, Death trigger, WWE Immortals and more. Upgrading your smartphone to high-end smartphone would be more inconvenient because you might have to break your bank vault, which is not going to happen. 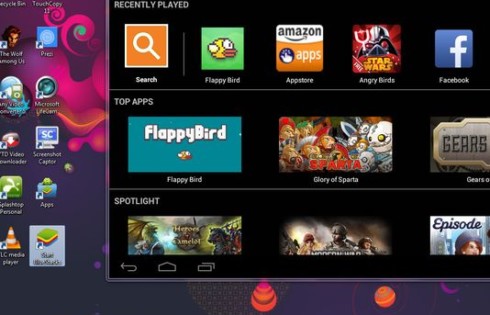 I have been in your place before but not anymore. I’m playing Android latest games on 15’6 Inches screen comfortably, and you heard me right. You can do that by using a simulator called Android Emulator, which is the popular term in the hood now.

Do not assume programs like Blues takes, and I’m not talking about a software which requires 512MB of dedicated graphics, Supporting shader model 3.0 and 2GB os RAM installed on your PC. Bluestacks has requirements which even Intel Motherboard i945G does not support, which is inane.

Nox Player is one of the best Android Emulators for old motherboards and processors, and I have played games on Pentium 4 3.0GHZ with only 64MB video memory.

Nox HD player was reviewed last year for a different purpose, and it has performed way more than I have expected and the NOX player HD is massive and stronger than ever. You must Use the amazing Game Guardian APK to win all your games.