A few hours ago in an event, Lenovo launched a new smartphone which is named as Moto G5. The event was held in New Delhi, India. Well, unlike other smartphones, Moto G5 is launched only in one variant i.e., 3GB Ram and 16 GB storage space. The smartphone comes with medium ranged pricing in India and features a good amount of specifications to consider. Here are the pricing details and specification highlights of the newly launched Moto G5. 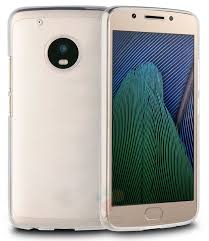 Currently, the pricing revealed by the company for this device is Rs 11,999. The device will exclusively available on Amazon India to purchase. However, after a few weeks of the sale, the device would be available even in Retail stores also. Moto G5 comes in two different color variants, i.e Lunar Grey and Fine Gold.

First of all, Moto G5 comes with a fingerprint sensor which is integrated underneath the home button. The device features a 5.0 Inch screen sized LCD display with a resolution of 1080×1920 pixels. The smartphone is powered by Snapdragon 430 Octa processor which is paired with 3G of ram. It comes with 16GB of internal storage.