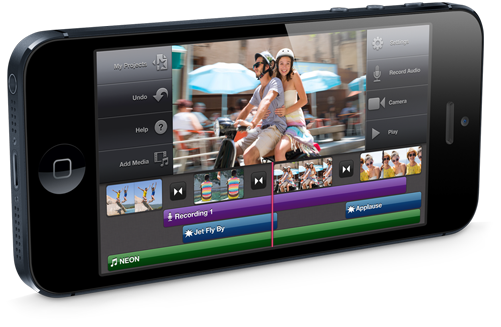 The Apple launched the new series of iPhone, iPhone 5, one more jewel in its necklace of the super phones loved, used and liked by all generations and especially the teenagers. The iPhone 5 was launched in the month of September of 2012 in countries like US, UK, Hong Kong, Canada, Australia, Germany, France, China, and Singapore. Later week it was launched in more 22 countries worldwide.

The Design For Just For You:

The design of iPhone has been redesigned better than its predecessor, sleek, slimmer, with a 4 inch retinal display screen, android phone and stands 123.8 inch tall. It has a iOS 6 system installed, improvised camera, LTE data speeds, a screen with higher resolution and beautiful design. It has a memory varying from 16GB to 64GB and 1GB RAM running at a speed of 1GHz. The Camera has the resolution of 8 megapixels. The screen resolution is of 1136 x 640 resolutions. The users will be shocked to see that the performance of the iPhone 5 is faster than its earlier versions. Speed was not expected from these phones by many of the users, but they were proved wrong with iPhone 5. All this is possible do you to the A6 processor. The battery life of the iPhone 5 is amazingly good, as it has been performing well while using the LTE data usage. It has been managed to be on and perform well through heavy data usage like playing videos, music, social networking sites and also gaming. The LTE data transfer has good speed up to 10mbps. The battery life with a combination of LTE data usage is the only reason for the purchase of iPhone 5.

New spark among the Teenagers:

The apple phones have been a great craze among the teenagers.  It has been observed that the teenagers have loved the earlier series of iPhones. This is due to the prices of the iPhones having been reasonable and easily purchased by the teenagers. Secondly, the features have been rated as 5 stars, with special use of social networking sites. They for sure want that these sites and other applications can be used with low problems and yet enjoy all the features with high speed. And the launch of iPhone 5 has created new spark among the teenagers. The latest iPhone 5 is fasters, lightest and slimmest phone among the iPhones. This iPhone has been showing a great speed when it comes to performance and also a good battery life for heavy application performances. This has made the teenagers demand for the iPhone 5. The iPhones has shown a great demand among the youngsters. About 34% of the youngsters have purchase the iPhone and are looking forward to purchase the iPhone 5.

Apple has been successful in creating buzz about their new version of iPhone. But they are looking forward how much the iPhone 5 appeals the users and how much it caters the market.