Whatsapp has been evolved from initial stage to top level by enhancing the services. You can check that WhatsApp has added many options such as Video calling, Group chats, Media and more within a matter of years. Whatsapp has decided to sell the company to the social networking giant Facebook, and the company has also decided to make it clear that the Facebook is not allowed to run ADS or do any monetization, which Facebook has agreed. The Whatsapp founders agreed then paid a huge amount.

How To Delete Whatsapp Sent Messages

Whatsapp has sold their company to the facebook after that the Facebook has not fired or replaced the employees; instead, they asked them to do more for the Facebook. The amazing part of the contract is that the team of Whatsapp has been working on new features seamlessly and also adding Facebook ideas into it. 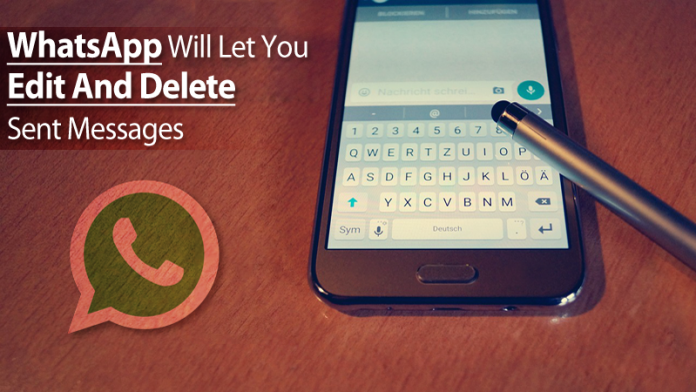 Whatsapp has added a new feature which allows the users to delete messages to the people who you have sent. You can send messages and delete them after sent or even after seen by the recipient. Have you ever imagined that you are using a messenger and you have sent an unexpected message to any individual then you cannot delete it but you can now. You can erase that text and even media so that you can undo your mistake.

How To Delete Messages in Whatsapp Beta

Whatsapp has evolved from the very beginning and it has become a giant in texting. Whatsapp has stopped providing the services to the older smartphone, which is a disadvantage. Whatsapp new features will enable many users to use the app more openly as they can delete the messages which have sent by mistakenly.