At MWC 2017, Huawei had announced two new smartphones which were named as P10 and a heavy version of it P10 Plus. This time, Huawei is back with a lighter version of the same device which named as Huawei P10 Lite. Well, the device is officially launched only in the UK as of now, it comes with a price tag of GBP 299, after converting it in Indian Rupees, the price of this device is somewhere around Rs 23,000 to Rs 24,000. From 31st March, the smartphone would be available for pre-ordering at online stores. Here are the specification details of Huawei P10 Lite Smartphone. 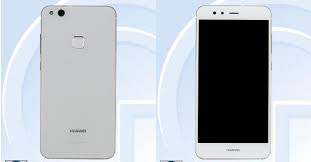 The design of the p10 lite is actually very similar to P10. it comes with a 5.2 Inch screen sized display with a resolution of 1080 pixels with great viewing angles. The device is powered by an octa core processor and comes with a clock speed of 2.1 GHz. It is packed with 4GB of ram and features 32GB of onboard storage. The storage of the device can be further expanded with the help of a MicroSD card.

Talking about the camera, P10 Lite bears a single 12 Megapixel camera on the back and an 8 Megapixel camera on the front for taking selfies. The device is powered by a 3,000 Mah battery with fast charging feature. It is said that the device would be able to run for at least two days on light usage. So, that’s what all you get in the Huawei P10 lite  smartphone.