HTC unveiled its HTC One M8 with windows back in 2014 and is in rumors for designing another premium device, which it might launch in MWC 2016. In other hand this Taiwan based, smartphone manufacturer is in talk for building another Windows based smartphones also. 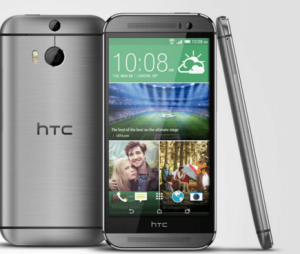 According to a job posting listed on the official website of Redmond based Microsoft indicates that it has made a deal with Taiwan based tech hub HTC and are working together on developing a smartphone based on Windows 10. Windows 10 is the latest and most updated operating system from Microsoft, which is now available on premium Microsoft Lumia devices like Lumia 950 and Lumia 650. Microsoft Lumia 520 smartphones are going to receive Windows 10 update in coming months, also.

The expected smartwatch from HTC, which is going to be showcased in MWC might get available in the market from April. Apart from the smartphones, the competition is quite high in the smartwatch arena. Last year March HTC launched a health band with compatible for Android 4.3 and iOS 7 and later version devices. Came with a lot of restrictions, this could not be claimed as a traditional smartwatch, but more a fitness band.

Expectedly, the upcoming production from HTC will maintain all the features, which can make it a real smartwatch. HTC might provide robust features with higher end technology and extreme se3nsor supports, which can help the users both the way in health and personal uses. The previous smart band, which was launched by HTC had features like –

HTC is quite popular in South Asian Countries including China, Malaysia, India, Indonesia and many more. It is mostly popular for designing excellent devices in economic price with updated features. The Desire and HTC One M lineup is equally popular for producing both the economical and high-end devices. According to the latest smartwatch news, HTC is about to showcase a new One M premium device in this upcoming event.