These days, security has become a huge concern for most of the people. To secure anything on your device, the best option is to lock your device. Even if you lock your device, people might unlock it easily and know your confidential content. In order to get extra protection, you need to make use of the app lock. Such apps will definitely secure your apps and data from the prying eyes.

You can secure your apps like gallery, banking app, Facebook and more through these apps. By pairing with a lock screen, it delivers a two-way security to the users of Android devices. If you are not completely aware of the best app locker app then, we are here to help you, folks. In this post, we have come up with a list of the best app locks and privacy lock apps for Android. 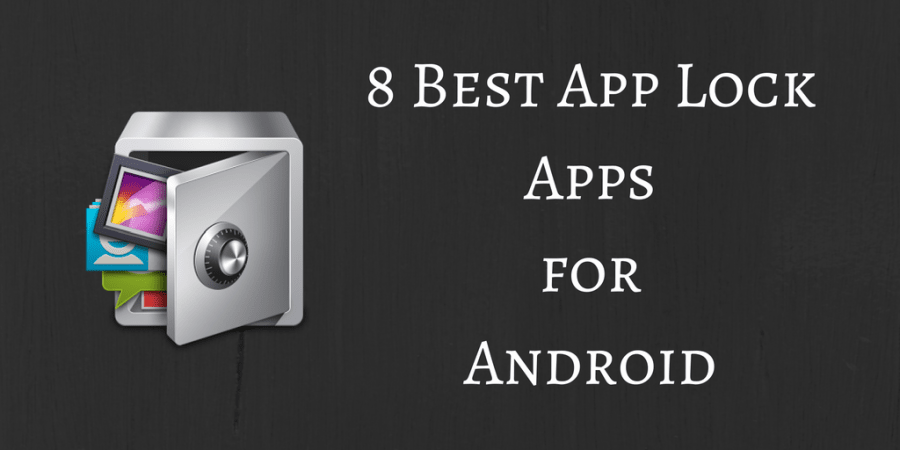 We have compiled a huge list of the topmost app locker apps for your Android device. Check it out!

DoMobile Lab has designed and developed the AppLock application for all the Android users. It is available for all the Android users on the Google Play Store app store marketplace. This app has the ability to carry out all the basic features such as locking particular apps. Using this app, you can even lock up the images and videos. Apart from this, you can uninstall the protection, acquire fingerprint support and more. Through this app, you can lock the incoming calls, uninstallation of the apps and different system functions such as the Bluetooth. One can even unlock the premium features by enabling the advertisements or by making payment for the premium version.

AppLock is another best app locker application designed and developed by IvyMobile. It renders the ability to lock the photos and videos present on your mobile phone. One of the best features of this app is the invisible pattern lock and the random keyboard. If anyone tries to look at your lock, this feature will help. It captures the picture of the person who enters the wrong password to unlock the device. This app locker app is available to download from the Play Store absolutely for free.

The Cheetah Mobile makers have designed and launched the AppLock – Fingerprint Unlock app for all the Android users. Apart from the remaining app locker apps, this app doesn’t have any advertisements, antivirus, booster features and more. It is a simple application that lets the users utilize the fingerprint scanner for locking the apps. Another great feature is that it captures a photo of the person who is trying to unlock the device. This app has the ability to lock the Wi-Fi, incoming calls, settings on the device, Bluetooth and more.

App Lock: Fingerprint Password is a perfect application which has a simple user interface. The users can lock up any of their apps on the device with much ease. It has the feasibility to lock up any app and make use of the pattern, PIN or fingerprint. It is compatible with more than 10 different languages, a range of settings and more. In order to secure the new apps, you can download the App Lock: Fingerprint Password app. Besides this, the users can have the simplest app locks for the Android folks.

Norton App Lock is another best app locker application for the antivirus apps. This app makes use of a 4-digit password, PIN or pattern as its unique lock system. It is compatible with all the Android apps and the photos. It provides a recommendations list that enables you to understand the list of apps that can be locked. Just like the previous apps, it takes the picture of those who try to unlock the device without entering the correct one.

Perfect App Lock is another best application that features various things such as the basics, Bluetooth and the ability to lock the Wi-Fi as well. This app offers both the free and paid versions for the users. The free version is available to download right from the Google Play Store. The paid version can be acquired by paying $2.84 for their Android device. There is a slight variation between the paid and free version. The paid version doesn’t pop up the ads in the middle of the app usage.

Smart AppLock is another best free app locker application for all the Android users. Using this app, you can easily lock up the apps and photos on your device. In addition, you can lock the settings, toggles, phone app and more. This will help the user to secure their private and confidential data from the unauthorized folks. Some of the best features offered by the Smart AppLock is auto-start after the reboot, postponed app locking, break-in alerts, and more. It also renders the ability to provide the fingerprint scanner exclusively for the Samsung devices. This app is available absolutely for free and supports ads.

Smart Launcher 5 is a perfect pick for those who are seeking to get the best app locker app for their Android device. It is a new launcher app that holds some decent security features. Some of them include ambient theming, adaptive icons, app sorting, gestures, hotkeys, and more. This app launcher will conceal the apps that you don’t want others to look into your phone. Even if they try to access the device, all the apps can be secured using a PIN.

Here ends the list of the best App Locker Apps for Android 2018. Hope this guide has helped you to find the best tools that let you secure your device from the unauthorized people. For more doubts and queries, just drop them in the comments section.