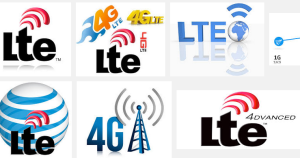 In such a scenario, wireless internet technologies have become very significant for a quality surfing experience. 3G, Wimax, HSPA+, and 4G are some of the technologies that were available for users seeking high-speed mobile internet access. Now, LTE-advanced is set to provide users with an even faster online experience with emphasis on reliable connectivity.

While telecom technology has been evolving at a very rapid pace in recent times, the introduction of LTE-Advanced so quickly after 4G can be a bit confusing and disorienting. It is important to keep in mind that many telecommunications services offered enhanced 3G as 4G services. This compelled the International Telecommunication Union to differentiate true 4G services from bulked-up 3G networks.

True 4G is described as 4G LTE or 4G-Long Term Evolution. 4G LTE, unlike plain 4G, fulfills peak data rates and other requirements defined by the ITU. So what is LTE-Advanced? LTE has a peak rate of 300 Mbps with actual download and upload rate ranging around 10-100 Mbps and 5-50 Mbps respectively. LTE-Advanced will have a peak data rate of 1 Gbps with actual download and upload speeds touching up to 300 Mbps and 70 Mbps respectively.

Unlike new telecom technologies introduced in the past, LTE-Advanced does not rely on new technological innovations. Rather, it simply makes better use of existing technologies to offer higher speeds and better reliability to mobile internet surfers.

LTE-Advanced relies on Carrier Aggregation, which enables the user to download data through multiple sources and frequencies at the same time. With LTE, a user can enjoy access to 100 MHz bandwidth only if the service provider has access to a single carrier of the requisite bandwidth.

LTE-Advanced can transfer data over five carriers of bandwidth of 20 MHz, which means the end user can enjoy access to 100 MHz bandwidth even if this bandwidth is not available in a single channel.

The biggest issue involved in evolution of telecommunications solutions is the lack of backward compatibility. When LTE-Advanced is rolled out on a major scale, users are likely to require new devices that have an inbuilt LTE-A chip designed to provide unrestricted LTE-A connectivity. However, this one-time change is unlikely to affect demand for the higher wireless data transfer speeds that this technology promises to offer.

Instead of transmitting data over newer frequencies, LTE-Advanced focuses on integrating existing technologies to extract maximum performance with minimum increase in cost. While lack of backward compatibility is an issue, the ten-fold increase in peak data rates is likely to make LTE-Advanced the most preferred option for mobile internet access.