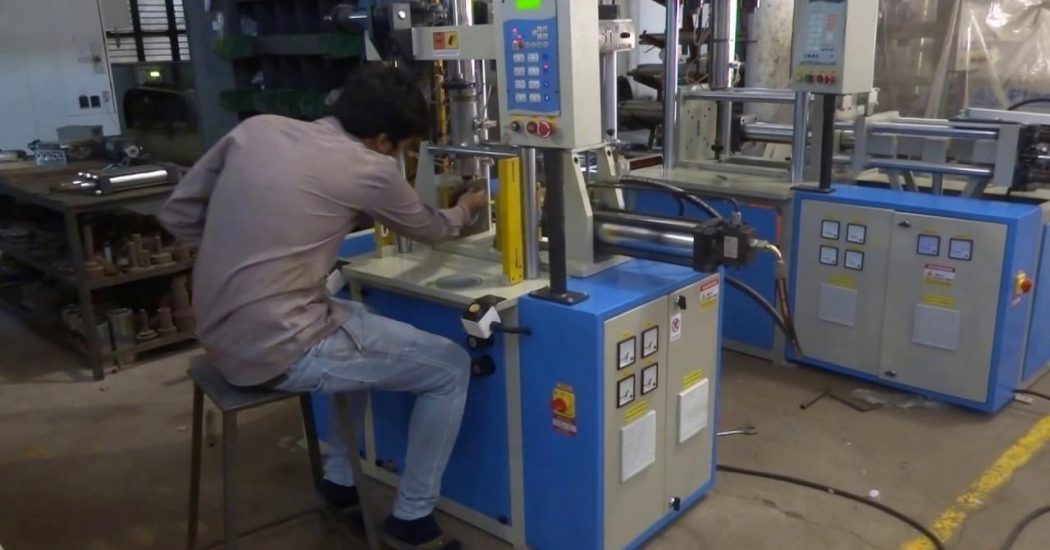 The basic injection molding process steps are as follows:

The mold is shut within the platen arrangement and locked using necessary force to hold the mold shut during the plastic injection cycle, hence preventing plastic leakage over the face of the mold. Nowadays, molding machines range from around 15 to 4,000 metric tons force available for clamping (150 to 4000 kN).

Many systems are there for opening/closing and clamping of mold tools, although usually they are of two general types. Direct Hydraulic Lock is a system where the moving machine platen is driven by a hydraulic piston arrangement which produces the required force to keep the mold shut during the injection operation. The second type of general clamping arrangement is the Toggle Lock. In this case, a mechanical toggle device, which is connected to the rear of the moving platen, is activated by a relatively small hydraulic cylinder. This allows platen movement and provides clamping force when the toggle joint is finally locked over.

At this stage in the machine cycle the helical form injection screw is in a ‘screwed back’ position with a charge of molten thermoplastic material in front of the screw tip roughly equivalent the amount of molten material required to fill the mold cavity. Plastic Injection molding screws are generally designed with length to diameter ratios in the region of 15:1 to 20:1, and compression ratios from rear to front of around 2 : 1 to 4 : 1 in order to allow for the gradual densification of the thermoplastic material as it melts. A check valve is fitted to the front of the screw which does not allow material to flow back over the screw flights on injection. The screw is enclosed within a barrel which has a hard abrasion resistant inner surface.

The screw (non-rotating) is removed to discharge the thermoplastic material out of the injection barrel through the injection nozzle.

The screw is placed in the forward position for a certain amount of time, usually with a molten ‘cushion’ of thermoplastic material in front of the screw tip such that a ‘holding’ pressure is maintained on the solidifying material. This allows compensating material to enter the mold as the molded part solidifies and shrinks. Holding pressure can be created by one of three methods:

Once the pressure holding  phase has been terminated, the mold must be shut for a time set period for cooling. This time allows the heat in the molding to dissipate into the mold tool such that the molding temperature falls to a level where the molding can be ejected from the mold without excessive distortion or shrinkage. The mold is then connected to a cooling unit or water heater depending on the material that is being processed, component that is used and production rate required.

During the cooling phase, the barrel is refilled for the next molding cycle. The injection screw rotates and, due to its helical nature, material is drawn into the rear end of the barrel from a hopper feed in form of granule. The throat connecting the hopper to the injection barrel is usually water cooled to prevent early melting and subsequent material bridging giving a disruption of feed. Screw rotation may be set as one constant speed throughout metering or as several speed stages.The molten material transferred in front of the tip progressively pushes the screw back until the required sizeof the shot is reached.

When the cooling phase is complete the mold is opened and the molding is ejected. This can be done with ejector pins in the tool which are paired via an ejector plate to a hydraulic actuator, or by an air operated ejector valve on the face of the tool. The molding may free fall into a collection box or onto a transfer conveyer, or may be removed by an automatic robot. In this case, the molding cycle is fully automatic. In semi-automatic mode, the operator may intervene at this point in the cycle to remove the molding manually. Once the molding is clear from the mold tool, the complete molding cycle can be repeated.