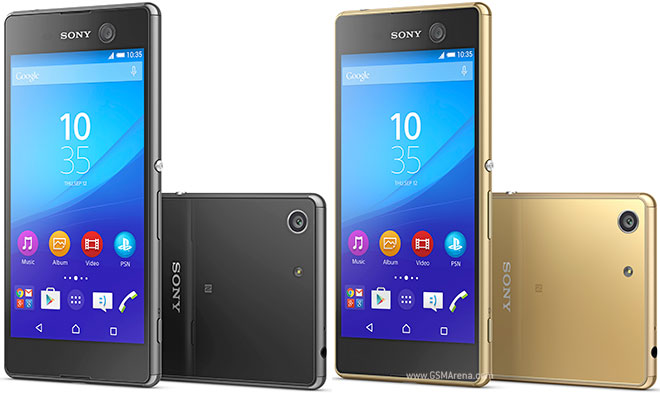 DISPLAY
The display of Sony Xperia M5 is that with Screen size of 5.00 inches which is a touch screen mobile. It is of resolution 1080×1920 pixels with 2GHz octa-core processor where processor make is MediaTek Helio X10. The specification of this mobile were 3GB RAM with internal storage of 16GB which is allowed to expan it using MicroSD. The storage is expandable upto 200 GB.

CAMERA & CONNECTIVITY
It has rear camera of 21.5-megapixel with flash in it and front camera of 13-megapixel. The operating system in this mobile is Android 5.0. Then other specifications were Wi-Fi, GPS, Bluetooth, NFC, Headphones, FM. And Infrared , USB OTG were not available in this mobile. The SIM type used here is Micro SIM which accpets GSM with 3G and 4G availability.