Autonomous cars are no longer simply a feature in a sci-fi or futuristic Hollywood movie, and companies such as Tesla have stated that within the next 10 years, they will be a common form of technology. Experts have suggested that the introduction of autonomous vehicles could completely change how we get around and will revolutionize the transportation industry.

The world is more concerned than ever before about being environmentally friendly, so these recent developments in electrical and autonomous vehicles are just one aspect of a greener approach to transportation.

Here is everything you need to know about autonomous vehicles and what impact they could have on our future if they become as popular as leading car manufacturers would have us believe.

What is an Autonomous Vehicle? 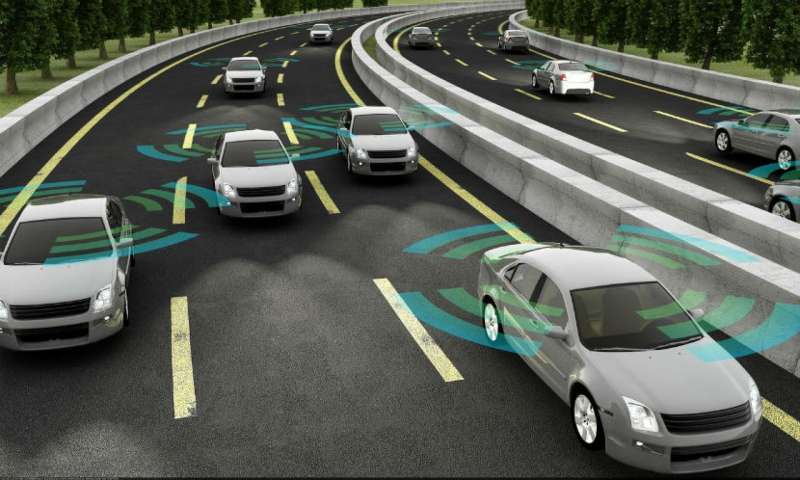 An autonomous vehicle is ultimately a car that doesn’t have a driver, and instead they guide themselves without being conducted by a human. While they used to be largely regarded as a potential technological development for the future, they are increasingly becoming a reality.

Often you will find autonomous vehicles referred to as ‘driverless cars’, self-driving cars, or even robot cars. Autonomous vehicles are built with GPS trackers and sensors so that they know how to navigate themselves, and their sensors can be used to avoid collisions with other vehicles or people.

While the official regulations surrounding the use of autonomous vehicles have not yet been finalized, there is research underway all over the world that is looking at driverless cars. Leading automotive Company Tesla is currently testing out autonomous vehicle software as it aims to take the lead in the world’s move towards cars fueled by renewable energy.

One of the main motivations for the development of autonomous vehicles is to improve safety on roads around the world. Research has found that 81 percent of car crashes are caused by human error, which means that using driverless cars could make the roads much safer, with fewer crashes. Experts that have carried out this research strongly believe that roads would be safer with autonomous vehicles.

Increased use of autonomous vehicles has also been linked to a reduction in car related crime, such as drink driving or driving under the influence of drugs, as there would be no driver needed to drive the car.

However, autonomous vehicles have faced some criticism after it was reported that an Uber-operated self-driving car hit and killed a 49-year-old Arizonian woman in March 2018, which has brought into question how safe these cars are on busy public roads. Other critics have also suggested that driverless cars may just bring with them new problems on our roads, and instead money should be spent on improving public transport links and encouraging walking.

While autonomous vehicles are still being tested out and developed, and they are obviously not yet ready for widespread use, companies are developing technologies so that self-driving cars will become a common feature of daily life in cities around the world.

Experts that have researched what the future could look like if autonomous vehicles become used daily have investigated the consequences this may have on the transportation industry. The transportation sector is an essential part of the US economy and comprises around 8.9 percent of the national GDP. Not only this, but it also employs millions of people across the country in various job roles.

If autonomous vehicles are to take off, then jobs such as bus drivers, cab drivers, and truckers could all face losing their jobs and facing unemployment, which in turn will have a huge impact upon the strength of the economy.

However, it has also been suggested that the loss of jobs in some areas of transportation will be replaced with increases in jobs in other areas. For example, trained professionals will be needed to manufacture and program the computers that are fitted in autonomous cars. It is much easier than ever before for people to become qualified in these areas as they can now take computer engineering masters online to develop their knowledge and expertise that could be essential if the autonomous vehicle industry takes off.

They are Cleaner and Quieter

Another feature of autonomous vehicles that is proven to be very popular is that they are much more environmentally friendly and quieter options than human driven cars currently are. The technology that would feature in autonomous vehicles is not that new, and can be seen already in use in airplanes across the globe, so the advantages have already been established.

One of them is that they are much quieter when they are being used and contribute less pollution to an area. This is especially true for autonomous vehicles as the technology is now being developed in mind for electric cars, which are another eco-friendly transportation innovation that is likely to become increasingly popular in the coming years.

Another advantage of the widespread use of autonomous vehicles includes the cheaper costs of getting around via other forms of transportation. For example, buses and taxis are likely to become less expensive as they will not have to pay driver wages. Autonomous and electric vehicles may also allow for an increase in car sharing, which could also reduce commute times as well as pollution.

While it is becoming increasingly probable that autonomous vehicles will be an integral part of our transport in the future, it is unclear what the rules and regulations around them will be, and how much they will influence our economy and other parts of society.