Not only jobs, AI and Machine learning, have also led to the explosive growth in the startup culture. According to the study, VC has increased its investment in AI startups at a rate of 36% compound annual growth rate. You can expect the investment to further increase in the future. 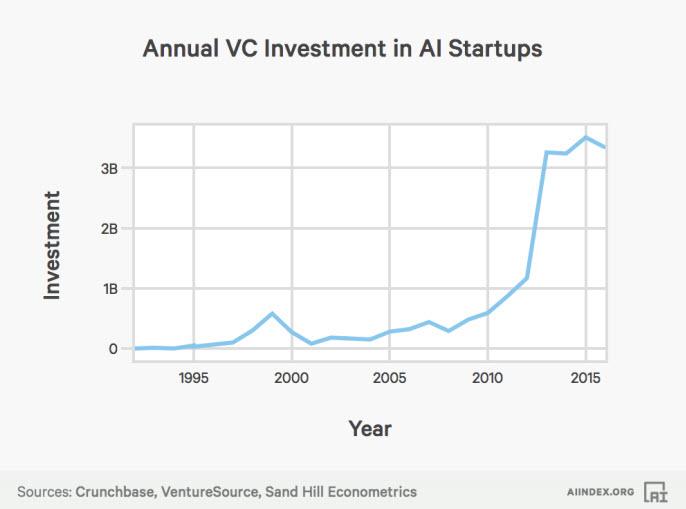 Top 7 Programming Languages that are Best for AI Projects

There are numerous programming languages in the world today. We can use a lot of them for our AI projects. However, it will not be a good choice due to various reasons like features, libraries, support, market demand, and so on.

I’ve considered various factors like popularity of the language in the AI field, ease of learning, libraries, and so on before listing out the languages. Let’s check out some of the most-suited languages:

We use the R programming language specifically for solving statistical and mathematical problems. It is an excellent language for academic research. Back in the old days, R was not popular. However, R is experiencing explosive growth for the past few years, and it is all due to data science, AI, and machine learning.

You can use numerous packages that are ready to apply for pre-modeling, modeling, and post-modeling stages. You can easily carry out sophisticated tasks like continuous regression, model validation, and so on. The packages, such as lattice, ggplot, caret, and so on are great for data analysis for enhancing the AI development process.

There are great libraries and frameworks, such as Tenserflow, Keras, Scikit Learn, and so on that make AI development easier.

The projects that need speed is perfect for C++. It has an impressive execution time, which is the reason why developers prefer using C++ for many time-sensitive AI projects. C++ fantastically utilizes statistical AI techniques. You can solve a lot of machine learning and neural network issues with C++.

There are plenty of popular C++ libraries and frameworks that make AI development more comfortable and faster. Some of them are Dlib, MLpack, shark, and so on. Besides AI and machine learning, many game developers prefer using C++ for their projects. If you are interested in both AI and game development, C++ could be the right choice for you. With that said, you need to do some research on the demand of the market in the area that you live.

Java has dominated the world of software development for decades. It has evolved a lot, and it is still growing, according to the requirement of the modern market.

As you can see, Java and Python dominate the job market in the software development space. By learning Java, you will open your doors to numerous opportunities. Its execution time is not as impressive as C++, but it is a close contender. You can carry out all sorts of projects with Java from machine learning to NLP( Natural Language Processing).

Java has a vast infrastructure to carry out massive AI projects. There are lots of powerful libraries and frameworks in Java like Java-ML, Weka, and so on that will assist you in your AI/Machine Learning projects.

Java supports all popular programming methods like procedural, functional, and object-oriented programming. It is a strong language, and you can expect it to be even better in the future.

Scala is a part of the Java Virtual Machine (JVM) group. It has recently jumped in an AI space. In a short time, it has managed to get a lot of attention in both startups and corporate arena.

The developers find Scala quite convenient and fun to use. There are powerful Scala tools and libraries, such as DeepLearning4j, ScalaNLP, and so on that make AI development easier and effective.

We can scale the projects without any headache with Scala. It has inherited the features of imperative and functional programming models to enable programmers to create highly concurrent applications. It also combines the strengths of the OOP method.

Scala is great for projects that demand real-time parallelized analytics. There is also a vast Scala community for statistical learning and AI. IBM and Lightbend recently developed a cognitive development platform with a combination of Java and Scala.

Julia has a firm mathematical root, which makes it data analyst-friendly. Its specialty is high-performance numerical analysis. It has a built-in type system with the combination of multiple dispatching and parametric polymorphism.

One can quickly convert its algorithm into code without wasting much time. Hence, it boosts safety and minimizes model risk. You can run it in all popular systems like ARM, IBM, Nvidia, and so on.

One of the great features of Julia is that it is easy to code and it also has a high execution speed. Some of the huge corporations are using Julia for their projects. Julia Computing and IBM recently launched deep learning project for better eye diagnosis, which resulted in helping many rural Indian residents.

Go is one of the emerging programming languages that has been able to get the attention of developers. Google introduced it in 2010.

The current growth trend indicates that Go Programming language will have a substantial share in an AI space. AlphaGo is a computer program that defeated the world champion. It alone demonstrates the power of the Go programming language.

With Go Programming language, there is no need for developers to import separate libraries. There are built-in machine learning libraries that developers can use right away.

Go language eliminates classes. It has packages that allow the coders to write easy-to-understand codes.

Go programming language allows you to extract core ML along with reinforcement tasks that you need in AI development despite a lack of massive libraries. Go has a bright future.

I’ve listed out some of the best programming languages for AI projects by its popularity, ease of learning, and other factors. However, it does not mean that you need to learn all seven languages.

Which programming language is more suited for your needs? Let us know in the comment below.