Virtual Reality requires you to occupy an entirely virtual environment. Augmented Reality, however, uses your existing environment and overlays virtual information on top of it with its corresponding visualizations, experiences, and ventures with the lack of physical contact. 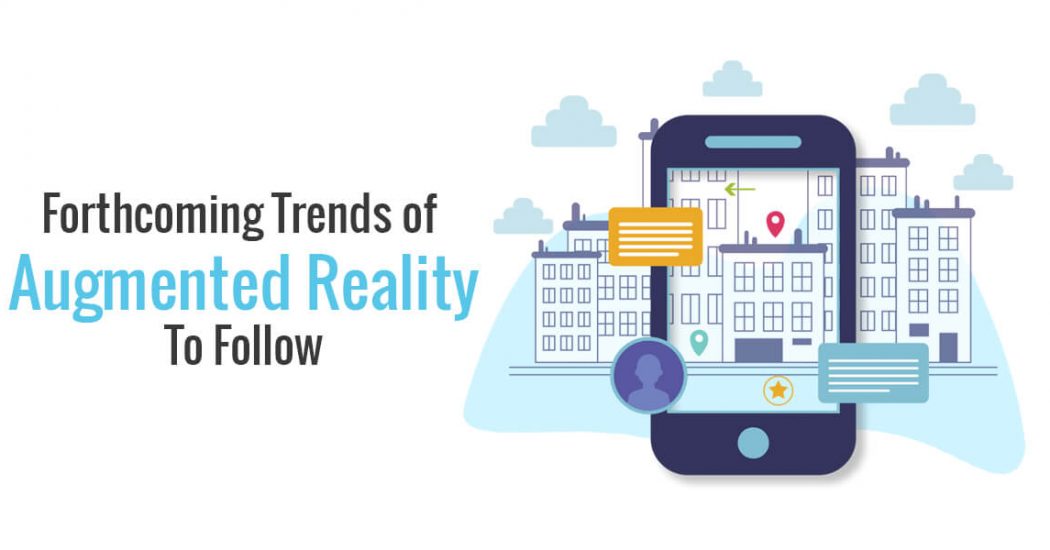 If you have played an app called “Pokemon Go”, you’ve already witnessed the augmented reality and virtual reality in action. This powerful mobile application allows users to see the world around them through the cameras of their mobile devices while virtually visualizing game items including onscreen icons, score, and the ever exclusive Pokemon creatures.

Several categories for the technology of augmented reality exists, every single one varies differences in their purpose, objectives, and applications in real-time. Now we explore the top trends for augmented reality to watch for the year 2020.

Augmented reality for mobile is one of the most explosive areas for augmented reality itself currently. It is taking advantage of the widely dispersed base of hardware such as smartphones and tablets. Augmented reality can be supported by mobile devices and is becoming more powerful and less costly at a very fast pace.

Augmented reality transforming retail is already happening and it’s improving at a rapid pace. Where retail apps can let their users try on their shopping in an augmented reality fitting room. The idea is to let AR help businesses to appeal to more customers, especially to customers who are frustrated at long lines and tough crowds.

Like for instance, there are several possibilities to determine a user’s exact position via GPS, predefined elements that the app recognizes, smartphone compass, and external signals. Navigational AR, under specific conditions, it can work by using scans of distinguishable environments for orientation, gaming, educational tours, and industrial benefits.

AR – Powered Solutions for the Enterprise

Augmented reality is now transforming the manufacturing and also the way how the factories are operating. By helping the machine operators do their heavy work on the shop floor faster and more efficiently, which enables them to locate and pack items or to find and repair damages. It is already the preferred way to organize assembly lines in warehouses.

AR and artificial intelligence are two of the most auspicious technologies available in the world today on software developers. Both are distinct technologies, but they can be put together to make particular exciting experiences like the oculus rift.

This is a new development area for the web that uses mobile devices to provide augmented reality experience. As the name suggests, WebAR uses the same technology that any other website uses, which allows users to create AR experiences that are just as dynamic as common mobile app or website.

It is already produced and under further developments that augmented reality is used to have collaborative experiences. Like for instance, users from different locations can share a similar 3D virtual visualizations that they can both interact, enabling them to collaborate at a distance.

AR in the Automotive Industry

Augmented reality can make a difference when it comes to manufacturing, service, and operations elements. It can help have a huge reduction in time and repair, and also the overall safety and efficiency in all of its operations.

The Market Evolves and Remains Open to Business-Driven Solutions

As of now, augmented reality is exploding as innovators are now exploring the business relevance and roles AR can play in the workforce of the industry. This emerging technology holds tremendous assurance for changing the way a business operates.

Just making your cooker capable of using the computer enhancements is already not enough, augmented reality is evolving at a rapid pace that we will all be cemented to the virtual reality shortly. As the future belongs to AR when it comes to task efficiency or the quality of the output to every experience.